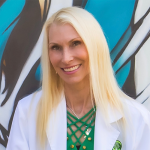 He answered the door in his bathrobe, hunched over and looking down. He was unable to speak because he had a tracheostomy. He was on hospice care dying of esophageal cancer.

When we sat down I was able to see how this disease had wreaked havoc with his body. He was emaciated, in pain, withdrawn and unable to sit up in a chair to look at me. He was actively dying, withdrawing from life. I asked him if he wanted to lie down and he declined by waving his hand at me. I knew that he was pretending to feel better because when I was sick, I too learned how to fake feeling good when I was really miserable. I addressed his pain right away. He let me know that he took all of his prescribed medicines, which included 150mg a Morphine twice a day and he was still in agonizing pain rating it an 8/10 with ten being the worst pain ever. It was time for me to embark on a journey of care, comfort, support and connection with this man through the art and science of nursing utilizing cannabis as a tool for managing pain.

I taught him how to self medicate with cannabis. We communicated through his writing tablet over the next two hours and I continued to teach him all about medical marijuana. During the course of the last 30 min of my visit he started to sit up straighter. As I shared my experience, strength and hope with him, he looked at me in the eyes. I saw a spark in those eyes, like a pilot light that had been re-ignited. I asked him how he felt and he smiled and gave me a thumbs up. I put on my GreenNurse Cap and he roared because I was either funny, he was high or both. Bottom line is that I was able to reach in to the depths of his despair and teach him how to manage his pain using cannabis. In a couple of hours he was engaging with me and the social worker that was present. When he hugged me at the end of the visit I knew this would be the last time that I would see him and that was ok, because he was pain free and smiling. 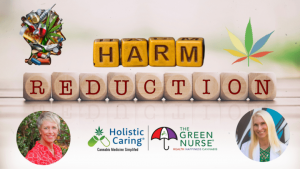 Happy September, back to school, and national recovery month! As a Cannabis Clinician, people often ask me; “Is Cannabis a drug of abuse or a wonder drug? To answer your 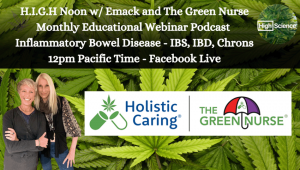